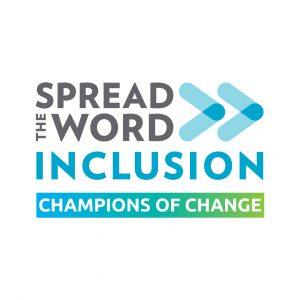 Imagine a time and a place where all people are valued, respected, embraced, and included. Included in the games we play and the friends we make. Included in our schools and our communities. Carroll College students Cara White and Geri Cutler are establishing such a place on campus through SO Club, a Special Olympics campus program. 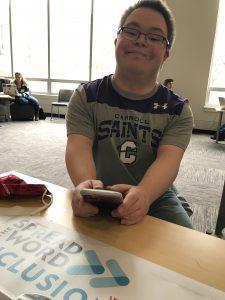 In two years, the club has grown from its two founding members to 83 students and four faculty members.

The SO Club works with more than 30 athletes from three different Special Olympics Montana teams: Helena Halos, TriCounty Tornados, and TriCounty Wolves. Students of the SO Club train athletes of all ages. in basketball, track/field, bocce ball, swimming, and bowling with intentions to add soccer skills in the future.

The club’s activities go beyond sports training according to Club president Cara White, “We do Special Olympics Montana team events such as going to a football or basketball game on campus or team dinners. We also do events such as the Polar Plunge, Respect Rally, College Challenge week and we are looking at adding a Buddy Walk next semester.” 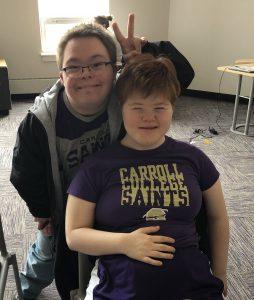 On March 2, the SO Club celebrated Inclusion Day on campus asking athletes and students to take the pledge to spread inclusion. Supporters are asked to ensure that individuals with and without intellectual disabilities can feel seen, heard, and valued. In 90 minutes, the SO Club gathered more than 75 signatures!

The SO Club may be an organized way to mentor, coach and befriend athletes, but White says it’s more organic than that. “Honestly, it is just so fun for our club members that we don’t even think of it as a formal mentoring experience. For us it really is just hanging out with our friends and being active. Especially those of us who have been working with the same group of athletes for the last 2-3 years, we have all gotten really close.”

And it’s not just the athletes gaining insight and experience. As one SO Club member says, “I might coach them in a sport, but they coach me in life”.

Learn how you can be a Champion of Change and pledge to spread inclusion.