Posted at 18:00h in News & Stories, Volunteer by Kristi Osterlund

For nearly 25 years, Morrison has been involved with Special Olympics with his son and athlete, Kyler. As a coach, he believes in giving each athlete the best chance for success and focuses on athletes’ personal best—not just winning medals.

According to fellow Local Program Coordinator (LPC), Kim Deist also of Whitefish, Kent is a true leader who mentors and advocates for his athletes and the entire Special Olympics Montana organization.

“His strong foundation as a person and his ability to see a problem—and fix it—carries over into how he manages the Thunder and supports and encourages our athletes.”

Kent, along with his son Kyler, was instrumental in establishing the Whitefish Thunder. Seeing the need for a new independent adult team in the Glacier Area, they approached the Whitefish Rotary Club in 2011 to obtain the funding to start the team. Prior to that, the only option for adult athletes living in Whitefish was to find transportation to Kalispell to train with the Krushers.

Thanks to Kent’s coaching style, it’s common to see his athletes meet or exceed their personal goals when training or competing. He not only enjoys seeing his athletes surprise themselves, but he also recognizes and acknowledges it which builds athletes’ confidence.

Understanding that folks shine best when they are seen, Kent encouraged and assisted Kyler Morrison in introducing a resolution in 2011 that passed the Montana Legislature recognizing Montanans with developmental disabilities. Montanans with Developmental Disability Week is now recognized every second week of May.

During his time volunteering with Special Olympics, Kent has served as coach, LPC, co-director of Glacier Area Management Team, and volunteer at the State level. 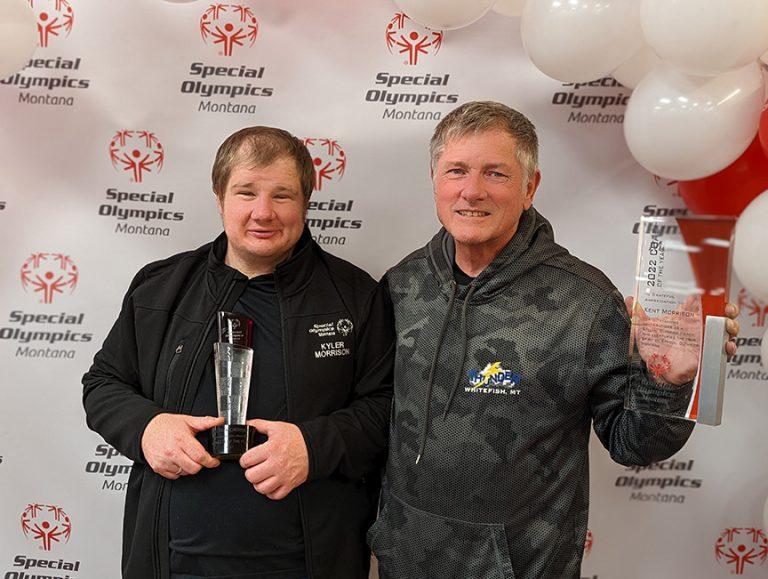 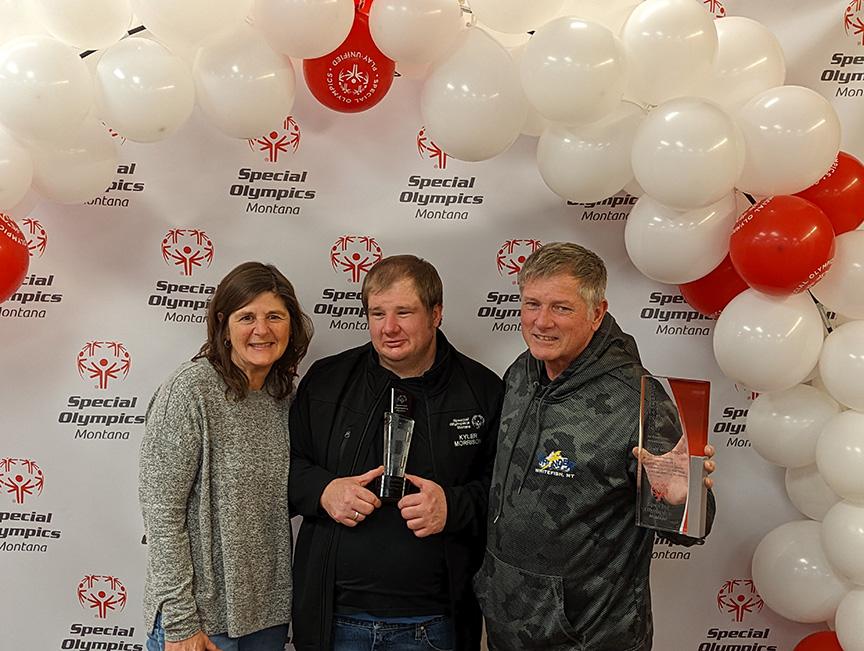 Lynda, Kent’s wife and Kyler’s mom, joins her guys for a picture.